The extinction of the Society of Jesus

The conclusion of the sad opening chapter of this horror show that we are still living through must now be recounted.  Pope Clement XIV had been harried and harassed throughout the summer of 1769 and sought to play for time.  He knew the king of Spain, Charles III, was the most fanatical opponent of the Society of Jesus.  In a letter penned to the Catholic king on November 30, 1769 the Holy Father assured Charles III in writing (translation mine) that he would “submit to the lights and wisdom of Your Majesty a plan for the absolute extinction of this society and Your Majesty will receive it before long.”

De Ravignan reports that, based on the evidence that he had discovered by the middle part of the nineteenth century, Clement XIV’s motive was simply to play for time.  He had no desire to suppress the Society of Jesus and he thought that if he could keep putting it off into the future then some other event or series of events would take place that would drive this issue out of everyone’s mind.  But it was not to be.

Clement XIV’s strategy seemed to work for a while.  1770 and 1771 passed with regular protestations by the Bourbon courts that the Holy Father wasn’t acting quickly enough on his word and the Pontiff responding essentially that these things take time.  The Bourbon courts had put the whole matter in the hands of a Cardinal Bernis, the French minister to the Holy See.  He was in favor of giving the Pope time, but Charles III did not wish to wait.

The Spanish minister in Rome was appointed Archbishop of Valencia and left the position vacant.  Charles III filled it with a man who would do his bidding to the letter: Don José Moñino the Count of Florida Blanca.  When apprised of this appointment an official with the papal nunciature stationed in Madrid, who de Ravignan refers to by the French diplomatic title l’auditeur, gives this impression of the man in a March 24, 1772 dispatch to Clement XIV’s Secretary of State (translation mine):

I know what the man is, what thoughts burn in his spirit, and how much with his soft, easy, moderate, and I will even say religious exterior he is hostile to Rome, to pontifical authority, and to ecclesiastical jurisdiction…

To sum up, he is intensely artificial, shrewd, concealed, and zealous above anyone else for the extinction of the Jesuits.

Moñino arrived in Rome on July 4, 1772, four years to the day before that other July 4 that was to become so famous in song and story.  Pope Clement XIV seemed to know what he was in for and delayed his first audience with the man as long as possible, but the Spanish ambassador was not to be put off.  He got to work immediately and met with the other ministers of the Bourbon courts in order to get them all in line behind him.

The Cardinal Bernis recounts a meeting that he had had with Moñino in an August 5, 1772 dispatch to the Duc d’Aiguillon, King Louis XV’s new first minister in Paris.  The Spanish ambassador baldly states that if Charles III’s demand for the total suppression of the Jesuits is not met then Spain, with its massive overseas empire that spanned the globe, would follow the path that Portugal had pioneered more than a decade earlier: de facto schism.  He then let slip a bit of commentary of his own that contains some quite revealing vocabulary (translation mine):”Spain and other countries that one might call countries of obedience, would become countries of liberty!”

Countries of liberty eh?  Let’s just say that in 1772 this was not yet a common expression, but it would be.  Yes it would be, to the ruin of much that was good in the world.  One wonders where the Spanish count picked up this phrase that was to do so much harm to the world?  Doubtless it was not from his boss the King of Spain.

In any case as regards the Jesuits the minister and his sovereign were completely in accord.  Moñino assaulted the Holy Father with threats to expose the letter that he had written to Charles III three years earlier promising the total dissolution of the society.  Clement XIV countered that in order to effect such a thing that he would require the cooperation of all of the Catholic monarchs, not just the Bourbons.  He was banking on the Hapsburg ruler of Austria Maria Theresa who had always been staunchly pro-Jesuit.  But it was not to be.  Maria Theresa changed her position for reasons that have not come down to us and the Jesuits’ fate was sealed.

Clement XIV still tried to delay, but it was fruitless.  He sent missions in the spring of 1773 to close down the Jesuit novitiate, reasoning with the Spanish ambassador that if the novitiate was closed and the novices expelled then the society would wither on the vine.  But he would no longer tolerate the Holy Father’s delaying tactics and demanded a resolution.  The jig was up so to speak.

On July 21, 1773 the beaten down Pope Clement XIV finally relented and signed the brief Dominus ac Redemptor abolishing the Society of Jesus.  The Holy Father kept it secret for more than three weeks until the method of its implementation and the management of the now defunct order’s property could be arranged.

On August 16, 1773 at nine o’clock in the evening the prelate Macedonio visited the Gesu church in Rome accompanied by an armed escort of police and soldiers.  He officially informed the general of the Jesuit order, Father Lorenzo Ricci S.J., of its abolition and took possession of the church and of all of the property and sealed all of the records therein.  A similar scene played out throughout the city at the same hour at all its Jesuit institutes.

It should be noted that Clement XIV’s brief Dominus ac Redemptor in no way condemned the Society of Jesus with regard to its morals or its doctrines.  It merely stated that the Society had to be suppressed because of the demand of the courts and to preserve peace in the Christian world.  Father Ricci was imprisoned in the Castel Sant’Angelo where he died two years later and was interrogated as to the Jesuits supposed ‘hidden treasures’ and about all of the alleged plots to overthrow princes; all of which of course came to nothing.  After all of the financial records were gone through it was revealed that the Society was fairly strapped for cash and having a difficult time making ends meet. 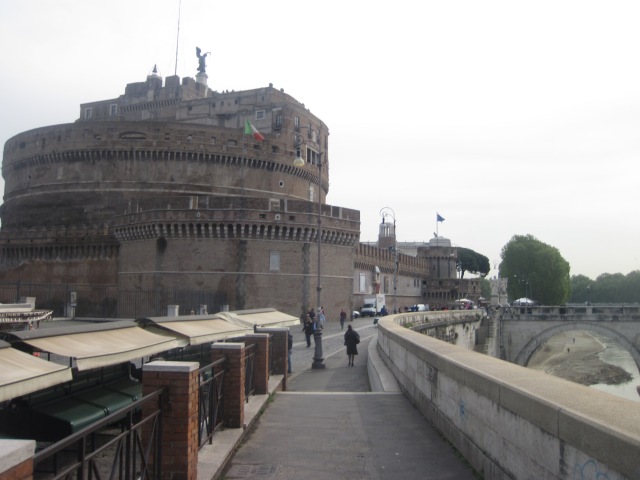 So the conspiracy to destroy the teaching of Jesus Christ had now claimed its first head.  Please go to Confession and say three Hail Marys in honor of the Immaculate Heart of Mary.